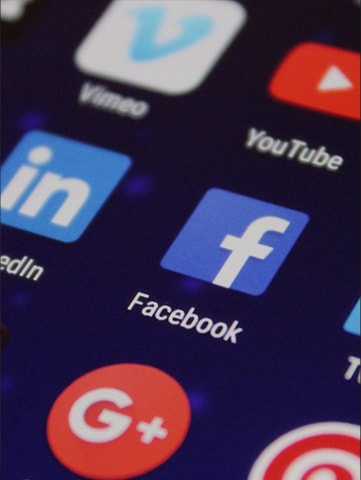 So recently facebook announced that they were deprioritising business and media pages on people’s newsfeeds. Whilst the initial reaction was one of frustration, anger and disappointment, upon reflection this move shouldn’t have been surprising, considering facebook’s track record of subtly shifting the goalposts to make their paid options look more enticing to advertisers. I work in the digital marketing field, and I was shocked too, but there are positives to this move. So without further ado, here’s 3 reasons this announcement is actually good news for serious digital marketers:

Millions of pages will be impacted by this decision, many of which have become accustomed to pushing content out in a ‘megaphone’ style, meaning they speak to users and use lazy shorthand such as ‘comment below’ or ‘share to win’ to stimulate engagement. Whilst this does work, it’s not the type of marketing which builds real long-term brand equity. This algorithm shift will mean pages have to genuinely engage in conversation with their users, as one exception to the new rule is if people comment on posts from brands in a natural and timely fashion they will still be seen organically.

Netflix is amazing at this- they don’t just push out trailer after trailer and ask you to tag a friend- they ask funny questions, engage with their users and join in conversations, meaning this change will effect them way less than the ‘TAG A FRIEND TO WIN THIS SHED! :O’ type pages.

Marketers will have to be creative, quick-footed and proactive now, meaning facebook as a platform will have a natural bias towards brands that engage with their users regularly, rather than treat facebook as a traffic generator.

Although Mark Zuckerberg said he’d prefer time spent on facebook to be of higher quality rather than more frequent, one must take his words with a pinch of salt, as he does have a pretty clear natural bias when talking about facebook. However, he has made a proactive move to fight the one thing that signal the death of a social network: user fatigue.

Being caught in an endless loop of viral videos and being bombarded with hundreds of brands on your newsfeed, all vying for a few seconds of your time, can be exhausting. Facebook was initially very focused on connecting you with your friends, with little nudges like ‘waving’ (the new ‘poke’) at friends when they join Messenger (still a bit useless, in my opinion).

However, in the last 5 years, with the IPO and explosion in monthly active users, facebook has become a goldmine for advertisers. Whilst this was great for nearly every marketer looking to capture quality traffic, the flip-side was that facebook was becoming more media company than social network. Personally, I think it’s both, but the social element must be the lynchpin of why people visit facebook, with media consumption augmenting that experience.

Facebook’s oxygen is in psychometrically filtering users based on their onsite activity, which includes natural interactions with other people. Remember, people will always connect to other people better than they connect with brands. A purge of all business and media pages from our newsfeeds means the priority is back on the people we’ve connected with, making facebook a personal platform again, rather than a place for brands to continuously push their messages. I think of it more as a soft reset.

It would be a fair assumption to say that if people are on facebook for a shorter amount of time (like Mark Zuckerberg has predicted), then the overall ‘impressions’ would decrease, as they’d be leaving sooner. This means the impressions that are left would be more expensive, as there’s fewer of them, ultimately meaning that the price of ads will go up.

This isn’t necessarily a bad thing- facebook is insanely under-priced at the moment (a £0.02 cost per click is pretty normal), and whilst I would much prefer it to stay that way, the barrier to entry is plummeting, with people allocating disposable budgets to facebook due to how cheap it is. I’d like to see facebook seen as a serious and viable marketing channel by all marketers, and whilst I don’t welcome price hikes, I am in favour of sidelining those ads that dilute the overall quality of advertising on the platform.

Strategically, remember that many pages count facebook as a top traffic source. If it disappears overnight it’ll cause a ripple effect to many websites, meaning the only alternative is for marketers to pay to be seen, whether that’s by boosted posts or scheduled adverts. I wouldn’t ever recommend a page ‘boost’ every single post it does, but I would encourage people to accept that facebook is more increasingly becoming a ‘pay-to-play’ platform, with the only exception being brands that successfully humanise themselves and shift to an empathetic ‘user-first’ strategy, rather than one with purely commercial objectives aligned with business KPI’s.

Lastly, I think if pages/brands have a clear focus on creating video content that encourages conversation, this algorithm change will not make a monumental difference. There will be dips in traffic and engagement, but as long as media pages and businesses focus on users as actual people, and not merely ‘likes’, they should be able to integrate themselves seamlessly into the ever-changing fabric of social media.

We use cookies to ensure that we give you the best experience on our website. If you continue to use this site we will assume that you are happy with it.OKPrivacy policy